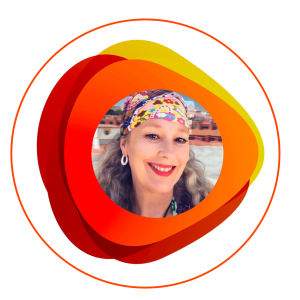 After a week of sub-zero temperatures the ground is finally thawing, but the cold clear skies of the previous days are now filled with an impenetrable shroud of white grey cloud. At this early hour of Sunday morning the shops are just opening and the traffic has barely got started.

Walking up the pedestrian ramp towards B&M, I stop briefly to check the times of the next bus on my phone. We’ve got precisely 10 minutes to buy chocolates and wrapping paper for a present for my elderly mother — for whom this will be one of her only pleasures at Christmas besides watching Strictly — before dashing out for the bus to town to catch our train to her static caravan in the very farthest reaches of Mexborough, a former mining town whose only main street will be empty on a Sunday but for the ubiquitous pack of sallow-faced, disgruntled-looking youths peering out suspiciously from beneath the stiff white brims of their Adidas caps as they huddle around the closed door of the dusty-fronted local takeaway, smoking their fags through pinched fingers, the lit ends facing in towards the hidden centre of their fists.

The first I know of the man is his voice, coming from somewhere behind me.

“Get out of the way. Blocking the way coz you’re looking at your phone!”

I turn around as he looms into view, a tall shape oozing malevolence, his face hidden by the hood of his scruffy green Parka, walking straight past me towards the entrance of the shop.

“Excuse me. What did you say?” I ask accusingly. Although, as a woman, I’m naturally scared by any man behaving in a hostile manner, now, approaching sixty years old, I’ve had enough of being threatened, intimidated, insulted, challenged, commented upon, leered at and patronised by some random male every time I walk out of the front door of my house. Now, I challenge them back. Every single time.

The man turns back to stare at me, so tall I have to look up into his face. His eyes are as icy blue as the freezing skies of the preceding days, his face haggard and his lips thin, stretched over teeth that haven’t seen the inside of a dentist’s surgery for a very long time, if ever.

“You were blocking the path, staring at your phone! I couldn’t get past!” he shouts.

“Well you could have just asked me to move out of your way, and I would have moved!” I answer, despairingly, not taking my eyes from his in order to gauge from micro movements of the lines around his eyes how likely he is to pull out a knife and stab me.

At this point my husband, shorter, older than and not as strong as this furious giant, intervenes, pulling his shoulders back to assert authority, his eyes burning.

“What’s up with you? She hasn’t got eyes in the back of her bloody head! How’s she meant to know you’re behind her?”

The man’s eyes flash with anger for another two seconds and then as suddenly as it had caught light, the fire behind them dies out.

“It’s just people today! Everywhere! On their mobile phones! Not taking any notice of what’s around them! I tell my kids! No mobile phones in the house! Turn them off! I can’t speak to you if you’re on your phone!” he exclaims.

I roll my eyes. “Tell me about it. My kids are the same.”

“Do you know how many people they kill every day? Mobile phones?” he asks, his eyes taking on an air of quiet desperation.

“Seven a day in the USA alone from text driving.” I reply.

“I worked in a morgue! For six years! I’ve held a dead wee baby in my arms, ripped from the car because its mother was on her phone when she was driving. A baby, squashed so badly it was half the size it should have been!”

The man holds up both hands, palms a few inches apart, to indicate the size of the concertinaed ball of flesh.

“Soon as they brought out mobile phones, the number of bodies coming through those doors went up. Mothers. Babies. Little kids! All coz of these fucking mobile phones!”

“I know, I understand.” I say, wondering where this conversation is going to go and noticing that the shop still hasn’t opened even though it normally opens at 10am on a Sunday. I notice the sign saying “Sunday December 17th. Opening 10.30am.”

“I don’t think it’s opening for another half an hour.” I say, nodding towards the shop’s main doors, closed tightly shut against the darkness inside. “We have to get going. We’ve got a train to catch. To my elderly mother’s. She says she’s dying. Mind you she says that every time we see her. However she could die this very Christmas. This could be the last time we ever see her. We can’t miss our train. We’ll have to go to Lidl, instead.”

I turn to walk down the steps to the nearby branch of Lidl, my husband and the man following me.

“I didn’t mean to sound so angry.” says the man.

“I’m sorry for sounding angry, too.” says my husband.

“I don’t know what’s wrong with me, brother, getting so angry. It’s not just mobile phones. It’s the time of year.”

As the three of us walk across Lidl’s car park, the man adds one word. And that word is filled with so much pain I can feel it oozing out from between the syllables.

I look aside at him, and his eyes have taken on a thousand yard stare, across the car park, out to the city centre down in the valley and further on to the moors beyond, far in the distance.

“Is it a bad time for you?” I ask, unnecessarily, as it so obviously is.

“I’m sorry…” I say. “What happened?” willing him not to confirm that she had died at the wheel of a car whilst on her phone to him, her body crushed into a slab of meat half the size of a woman.

“Cancer.” he says. “Of the bowel. But then it spread. Down her legs. Up into her stomach. Then it got everywhere. And she died. I can’t get over it. I just miss her so much.”

“I’m really sorry…” I say, again, slightly relieved at the cause of death, for which I immediately hate myself.

He looks at me askance as though I’m a very odd person as we all enter Lidl together.

Just inside the door we all stop. Shoppers are walking around us, eyes focused straight ahead, lost in the urgency of their to-do lists.

The man shakes his head. “I can’t believe I did that. Shouting at you like that. You’re angels. Bless you, both of you.”

“It’s OK. Really. I understand why you acted like that. It’s just a good job it was us you shouted at and not some bloke who’d have nutted you.”

“No you don’t. Where would that end up? A fight? The police? You getting arrested? You don’t need that in your life right now.”

The man looks downcast at his feet. “No, I don’t. I just feel so ashamed. For how I behaved just now. But I don’t know what to do. Or where to turn. I just can’t get over losing her. I just feel so lost.”

My husband reaches out and touches his arm. “You’ll be OK.” he says. “You’ll come out the other side of all this.”

“Why was I such an absolute prick just then? I can’t believe it. I’m so sorry.”

His eyes fill with tears and he looks at us both in desperation, as if we had the power to grant the wish his eyes seem to plead for.

“Please, just bring me back my wife.”

I wrap my arms around him, holding him for a few seconds and he stands stiffly, his arms limp by his side. I can feel the nothingness beneath his clothes as if I am holding a coat, frozen in the snow in the shape of a man.

“Maybe buy something nice. To try and cheer yourself up. There must be something here you like especially.”

“I haven’t brought any money out with me. I just put my coat on and walked out of the house. Just to escape. I can’t stay in that house. I needed to get out.”

“Well a walk will do you good. The park. Have a walk through the park. That might help.”

“You always feel better after a walk.” says my husband, consolingly.

I start to walk away then stop and look back at the man.

He looks at us with a hollow sadness I have rarely witnessed before.

As we walk past the tubs of brightly coloured flowers at the end of the toiletries aisle, I stop and look at them.

“Maybe I should buy Mum some flowers, too. Pink or white? What do you think, Bry?”

And I notice Danny out of the corner of my eye, standing still and staring ahead of him.

Turning anger into love at Christmas: “Why was I such an absolute prick just then? I can’t believe it. I’m so sorry.” His eyes fill with tears and he looks at us both in desperation, as if we had the power to grant the wish his eyes seem to plead for. “Please, just bring me back my wife.” I wrap my arms around him, holding him for a few seconds and he stands stiffly, his arms limp by his side. I can feel the nothingness beneath his clothes as if I am holding a coat, frozen in the snow in the shape of a man. Click  THE GOLD CHARACTER CARDS to view gallery. Some of the characters in my 7th novel The Gold. The characters of Bruce Robinson, Susan Sarandon Six years ago I thought I just liked a few drinks now and then. I looked forward to what is now jokingly referred to as

The first 10 character cards for my 7th novel The

The top part of the garden a couple of weeks back

Which is best? Paperbacks or ebooks? And why do yo

Happy Valentine’s Day. I made my beloved Bry a l

Lovely review for my 7th novel The Gold, thanks Fa